A Quick Introduction
Labour are described as ‘centre-left’ on the political spectrum, meaning they tend to favour equality, progress and reform. Due to their foundation being built upon worker’s rights, Labour has traditionally had a large amount of support from those who are considered working class. This is because they advocate for free public healthcare and education and a living wage for all. These remain flagship items of policy for Labour.
‍ 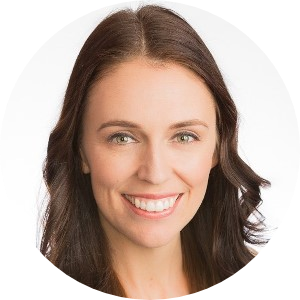 Party Leader
FacebookTwitterInstagram
Ardern is currently Prime Minister, Minister for National Security and Intelligence, Minister for Arts, Culture and Heritage, and Minister for Child Poverty Reduction. She has been leader of the Labour Party since 2017 and is the second female to hold this position.
‍
Ardern grew up rurally outside Hamilton and joined the Labour Party at 18. She graduated from Waikato University with a Bachelor of Communications in Politics and Public Relations. From here, she went to work in the office of then Labour Prime Minister Helen Clark as an advisor, before heading to the UK. There Ardern worked for the Government Cabinet Office in London and as an Assistant Director in the Department for Business and Enterprise.
‍
Upon returning to New Zealand, she entered Parliament in 2008 as a list MP. In early 2017, she became the MP for Mt Albert after then-leader David Shearer resigned. Ardern won the by-election and six weeks before the 2017 General Election, was made party leader. She later was made Prime Minister following a coalition agreement with NZ First and confidence and supply agreement with the Greens. Ardern is a firm believer in the power of kindness and compassion, shown through a COVID-19 press conference when she ensured children that the Easter Bunny and the Tooth Fairy are essential workers. 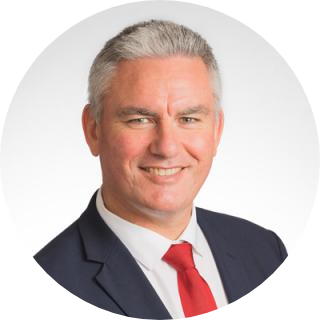 Deputy Leader
FacebookTwitterInstagram
Kelvin Davis is our current Minister for Māori Crown Relations: Te Arawhiti; Corrections, Tourism and Associate Minister for Education. His of Ngati Manu descent and has held the Te Tai Tokerau electorate since 2014. He is a former school teacher and principal, who entered Parliament as a list MP for Labour in 2008, before running to be the Te Tai Tokerau candidate. Davis has been Deputy Leader since August 2017.
Eager to learn more?
Detailed Description
The Labour Party is the oldest party in Aotearoa. It was officially formed during the First World War. Since the 1840s, unions and trade groups had come to have a prominent place in politics in Aotearoa New Zealand, however, none were able to have large or sustained influence. The formation of the Labour Party came mainly from opposition to compulsory conscription to the army in WWI and involved smaller unions coming together to form a joint political party. Early focuses for the party included paying soldiers and their families a better wage. These remained strong values for the party during their first government term in 1935, which lasted through WWII and the formation of the United Nations. During the latter part of the 20th century, Labour struggled with its identity, as without international war or rebuilding efforts, they were uncertain of the space they occupied in the ‘modern’ landscape which emerged in the late 1970s. The 1990s saw the emergence of their new identity, which many are familiar with today. This ‘new’ identity favours equity and providing ‘basics’ to all citizens such as housing, benefits and healthcare.
‍
Each party has a core set of values. Labour follows nine principles, as outlined in their constitution:
‍
For a further explanation of these principles and party objectives, head to www.labour.org.nz/party_info.