A Quick Introduction
The Māori Party is considered to be centre-left on the political spectrum. This means that they tend to favour ideas related to equality, progress and reform. However, as shown through their support of a right leaning National-led Government, the Māori Party utilise their centered position to work with both sides of the spectrum. 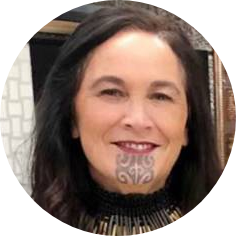 Co-Leader
FacebookTwitterInstagram
Debbie Ngarewa-Packer is a prominent Māori leader. She is affiliated with Ngati Ruanui, Nga Ruahine and Nga Rauru iwi, currently the iwi CEO for Te Runanga o Ngati Ruanui. Her academic achievements include Te Reo studies in New Zealand, as well as postgraduate degrees from the University of Tasmania in Australia and Stanford University in the US. In 1999 Debbie moved her family back to Aotearoa and in 2008 was elected to the South Taranaki District Council. Here, Ngarewa-Packer was the only Māori on the council and the first Māori woman to gain the role of Deputy Mayor. She has spoken at the United Nations on indigenous community development and continues to work in a number of leadership roles. Ngarewa-Packer strongly believes in the strength of people and honouring their cultural heritage. 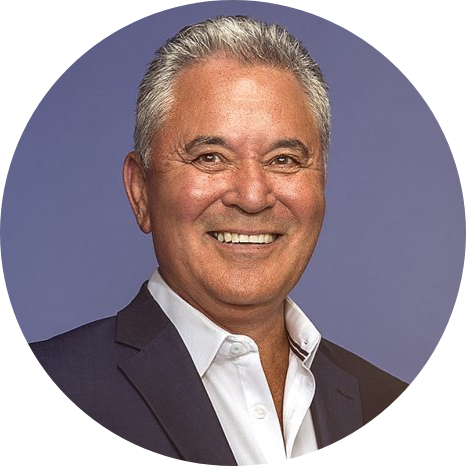 Co-Leader
FacebookInstagram
John Tamihere grew up in Auckland, and gained an arts and law degree from Auckland University. He is affiliated to Whakatohea and Ngāti Porou ki Hauraki iwi. As a practising lawyer, he worked for the Māori Land Court and the Department of Māori Affairs. Tamihere was a Labour MP from 1999 to 2005. He also served as a Cabinet minister from 2002 to 2004. He first entered Parliament in 1999 after winning the Hauraki Electorate, and later held the Tāmaki Makaurau seat. Tamihere officially left the Labour Party in 2019, before a failed bid as an independent to be Auckland Mayor. He believes Māori need a stronger voice than they currently have in Parliament and wants to be around to see this change.
Eager to learn more?
Detailed Description
The Māori Party is one of the younger parties in Aotearoa’s political landscape. Formed in 2004 as a way of protest towards Labour’s decision to pass the Foreshore and Seabed Act 2004, the party has a history of being controversial. The founding president and leaders of the party believed the Foreshore and Seabed Act was a violation of Māori’s customary title over coastlines. This controversial Act came about after a Māori in the Marlborough Sounds went to the Māori Land Court, to try and win back the ownership of the foreshore and seabed in their area. However, before the case was decided, Parliament enacted the Foreshore and Seabed Act 2004. This Act said that all Foreshore and Seabed in the country would be under the ownership of the Crown - undermining what the Marlborough group were asking.

In the following 2005 election, the Māori Party won four of a possible seven Māori seats. In the 2008 and 2011 elections, leaders Tariana Turei and Pita Sharples became ministers in a National-led coalition Government.
‍
Each party has a core set of values. The Māori Party follows four kaupapa (themes) which they endeavour to have at the forefront of their decision-making:
‍
Since 2017, the Māori Party has not been in Parliament. They were not able to win any electorate seats nor receive a high enough percentage of the party vote to have list MPs sitting. Some believe that this is a delayed fall-out from the 2014 General Election when prominent Māori MP Hone Harawira left to create his own party, the Mana Party.